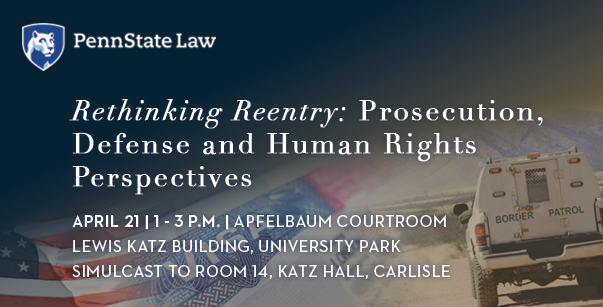 Peter J. Smith has served as the United States attorney for the Middle District of Pennsylvania since June 2010.

Smith was born in Wilkes-Barre, Pa., graduated from King's College, served in the U.S. Navy during the Vietnam War, and received his law degree from Georgetown University Law Center.

He began his career as an assistant district attorney in Philadelphia. He was an assistant United States attorney in the Eastern District of Pennsylvania from 1976 to 1987, was named senior litigation counsel in 1985, and served as chief of the Criminal Division in 1986 and first assistant United States attorney from 1986 to 1987. Smith was Pennsylvania's first inspector general from 1987 to 1991. He was the deputy chief of Environmental Crimes Section for the United States Department of Justice from 1994 to 1997. He also spent eight years as head of the Office of Special Investigations in the Pennsylvania Department of the Auditor General and for two of those years served as deputy auditor general for performance audits. From 2007 to 2009, Smith was a deputy state treasurer in the Pennsylvania Treasury Department.

Heidi R. Freese is an assistant federal public defender in the Trial Division of the Federal Public Defender’s Office in the Middle District of Pennsylvania. Before serving in that capacity, Freese was an associate attorney with the firm of Miller, Poole and Lord, LLP in York, where she practiced criminal defense in private and court-appointed matters ranging from traffic offenses to capital homicide. While in private practice, Freese was appointed to serve as a juvenile delinquency master in York County, and she also served as a Criminal Justice Act panel attorney in the Middle District of Pennsylvania. Freese previously served as adviser to the trial team at The Penn State Dickinson School of Law, and she currently serves at Dickinson Law as a practitioner instructor and guest lectures on matters relating to federal criminal procedure. Freese received her J.D. from The Penn State Dickinson School of Law and her B.A. from Millersville University.

Grace Meng, senior researcher in the U.S. Program at Human Rights Watch, investigates abuses in the U.S. immigration system with a particular focus on intersections with the criminal justice system. Her reports have covered such issues as sexual violence and harassment experienced by farmworker women and girls; abuses following enactment of Alabama’s anti-immigrant law; the steep rise in criminal prosecutions of migrants for illegally entering the United States, often in an attempt to reunite with their families or to flee persecution; and how deportations for drug offenses have torn apart U.S. families.

Lori Ulrich has been an assistant federal public defender for over 20 years, and has spent her entire legal career representing those who cannot afford counsel.

Ulrich graduated from Penn State in 1984 with a degree in Criminal Justice and a minor in Business Law and began working as a Dauphin County juvenile probation officer, where she remained from 1984 until 1986.

She left the Juvenile Probation Office to attend The Dickinson School of Law, graduating in 1989. She began her legal career as an assistant public defender with the Dauphin County Public Defender’s Office initially as a law clerk in 1987 and as an attorney in 1989. In 1991, she was named a chief deputy public defender.